We are excited to be joining with the school to launch the Old Sandbachians Business Network. We have to be honest and let you know that the OSA has been a quiet partner in the organisation of this event. The driving force has been David Osborne, Director of Finance & Resources at Sandbach School. Since David joined the school he has been a key driver in promoting the history of the school. A causal look around his office bears witness to his interest in the rich tapestry of artefacts that 300 plus years of Sandbach School has created. From original plans of building extension to old school calendar’s and medals, tercentenary memorabilia to crafted school crests. Many items have been acquired from eBay for next to nothing, and David regularly checks to see what he can add to the collection. 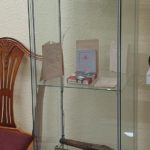 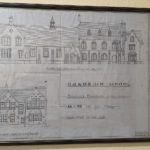 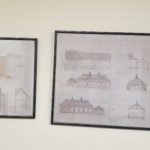 David has decked his office in these items partly to remind all visitors that as an institution the school has a glorious past, and that past helps shape the future. The respect for the thousands of boys and more recently girls who have been educated and matured at the school helps each new generation appreciate how it too can contribute to the school and society.

When we spoke about the idea for the Business Network I realised that David is an important link to the “newer” Old Sandbachians, the alumni of the 20th century. He has grown an impressive LinkedIn network, both locally and further afield. Following up on this I was surprised that more than half the members of our Facebook page are still within a commutable radius of Sandbach. So whilst the summer events and the dinner, and more recently London are great opportunities for a social gathering, there was definitely a gap to be filled for regional events which the Business Network may be able to plug.

David points out that local alumni still contribute in many ways to the school, through support for school events, careers days and as parents with their own children now attending the school. The aim is that this informal Business Network event will not only put former pupils in touch with each other, to potentially assist individuals grow their own business, but also strengthen the commitment to support the school either directly or through the Old Sandbachians. In years gone by the OSA has provided a conduit for both social and business interaction. We hope that, working together with the school, this initiative will rekindle this synergetic network.

The first meeting is being held at Sandbach House, a new addition to the estate of Sandbach School. Sandbach House is located on Crewe Road in Sandbach, broadly opposite the main school site:

There is ample free parking available at Sandbach House.

Please bring with you plenty of business cards to pass around.

The format of the morning will be broadly as follows: